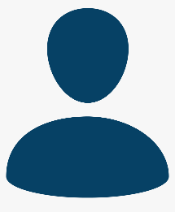 Excellence in land management and provision of adequate and affordable Housing in well planned spaces for sustainable development of Migori County.

To facilitate improvement of livelihoods of Migori County residents through efficient planning, administration and management of land and ensure access to adequate, quality and affordable housing.

Objective: To grow and support all round multi-tasking work force with coherent values for challenges

Objective: To provide a plan for county land use and management of urban spaces

Objective: To ensure just resolution of land and boundary disputes.

Objective: To ensure fair and equity in the rating of land within the county

Advising the county government on all matters relating to Physical Planning

Maintenance and storage of survey records

Collection of rates and rents

Kenya Vision 2030 highlights rapid urbanization as one of four key challenges facing the country. However, Kenya is still under-urbanized. Therefore there is potential to leverage urbanization for improving economic opportunities and living conditions. The Government of Kenya has recognized the need to manage urbanization as part of its overall development strategy.

World Bank through KUSP seeks to support the implementation of the Kenya Urban Programme (KenUP), which is the Kenya government’s development strategy emanating from and giving life to the Kenyan National Urban Development Policy (NUDP).

The program is designed to run for five years and aims to establish and strengthen urban institutions to deliver public goods and services for the three urban areas in Migori County namely Rongo, Awendo & Migori. This is done taking cognizance of the role played by urban areas as engines of economic growth, prosperity and modernization. Upon its implementation, the county will be able to tap on the potential of urbanization for sustainable development.

Under the UIG the county will get a grant of 50 Million while in the UDG, the towns will be awarded different amounts with Rongo, Awendo & Migori getting 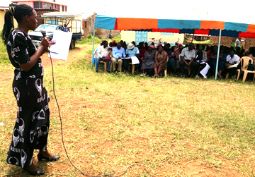 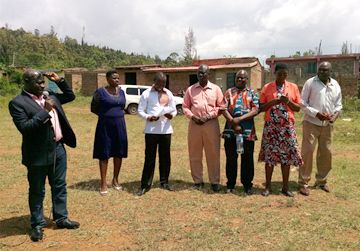 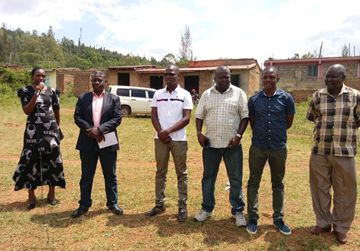 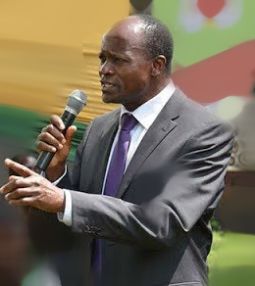 GOVERNORS SPEECH AT LAUNCH OF KUSP

Fellow county men and women, today marks a milestone in the history of the county, as we launch the World Bank supported projects in our urban centers of Migori, Awendo and Rongo. Our towns have grown and continue to do so against low provision of the associated infrastructural services.

H.E THE GOVERNOR OF MIGORI

The Members of Parliament,

The Honorable Members of the County Assembly of Migori,

The Stakeholders and Project Team,

Fellow county men and women, today marks a milestone in the history of the county, as we launch the World Bank supported projects in our urban centers of Migori, Awendo and Rongo. Our towns have grown and continue to do so against low provision of the associated infrastructural services

.Before any other item, allow me to take this initial opportunity to strongly thank the World Bank for this significant support.

Today the World Bank Reports that, by 2030 around 60 % of people will live in urban areas. In Kenya, about 30% of the country’s population lives in urban areas. Urban centres drive economic growth and offer economies of scale in productivity and public investments; they are social melting pots, centres of innovation and drivers of social change.

The program is designed to run for five years and aims to establish and strengthen urban institutions to deliver public goods and services for the urban areas in Kenya.

As a county, we are lucky that out of the 59 municipalities being supported, we managed to have three of our municipalities namely Rongo, Awendo & Migori being considered with a total grant of about Kenya shillings 500 Million.

In the first year of the program, we are going to undertake the following projects in the selected municipalities:

In another program known as IDEAS funded by the European Union, my administration has received grant totaling to around 140 million which will be used to develop sweet potato processing plant in Kuria West Sub County.

Since my first term as the Governor, my administration has consistently underscored the inescapable growth of towns and that the solution to urban problems depends heavily on effective urban planning, infrastructure development and management.

My government in full realization of the importance played by urban planning, initiated the preparation of spatial plans for five towns (Migori, Isebania, Rongo, Awendo & Sori). Initially, these urban centers had outdated Integrated Strategic Urban Development Plans (ISUDP). I am happy now to inform you that all these plans have now been developed and are in their final stages. In addition, my administration has devoted resources to support urban infrastructural development in this financial year.

The implementation of these projects will help us to realize sustainable development goal number 11 which ensures that cities and other human settlements are safe, inclusive, resilient and sustainable and reverse the urbanization of poverty.

My administration has in the past been lauded for being the best in National Cohesion and Integration in Kenya. I categorically state that we have to appreciate the ethnic diversity, unity and cohesion that we enjoy and use it as a recipe for cohesion in order for us to develop.

Fellow county men and women, as a family we have to acknowledge that life is a relay race and it is our shared responsibility to do that which we must by creating a better society for the current and future generations.

I would like to acknowledge the enormous support that our county has received from the World Bank in this journey.

With these few remarks, I now declare the projects officially launched. 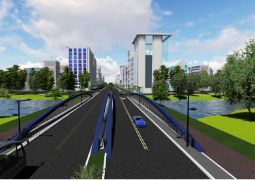 The Migori Integrated Urban Development Plan presents a major milestone in urban planning in Kenya. It comes against the background of a myriad of urban challenges including urban sprawl, urban decay, inadequate housing, uncontrolled informal settlements and activities, inadequate services and infrastructure and lack of an appropriate framework to guide urban growth. The Municipality of Rongo shall have all the powers, general and special, governmental or proprietary, expressed or implied, which may be possessed or assumed by municipalities under the Urban Areas and Cities Act, the County Government Act and the County of Migori By-laws.

Contact Information of the Board & Key Officials Rongo Municipality